How do you find out which VESA standard your screen / monitor has got?

Almost all manufacturers of monitors / televisions (such as Acer, Asus, Benq, Dell, Eizo, Grundig, HP, LG, Philips, Samsung, Sharp, Sony, Telefunken, Toshiba) provide on the back of the screens corresponding threaded holes for the attachment to a mount systems. The horizontal and vertical pitch of the threaded holes results in the VESA standard. If there is no VESA recording on the back of the TV sets (for example, on a Metz and Loewe model), VESA adapters are used. Below we will give you the answer on how to find out which VESA standard you have. 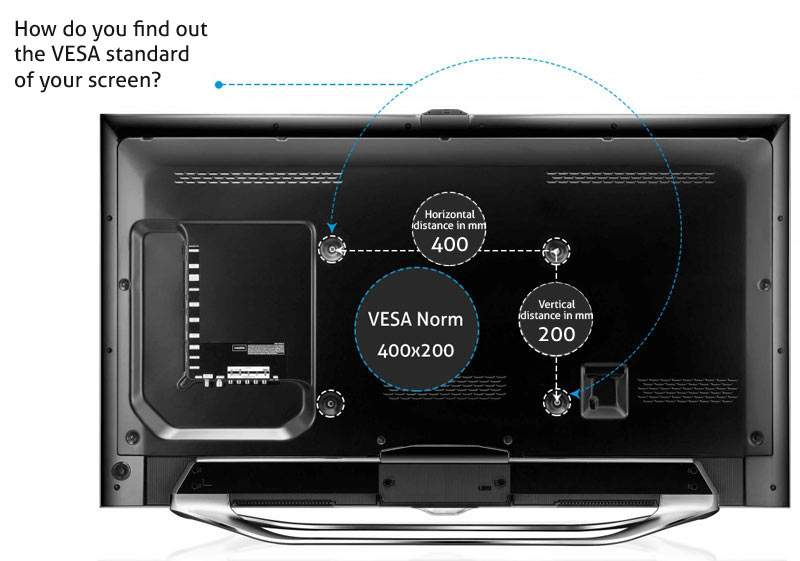 Your VESA standard can be determined in two ways:

Have you figured out the VESA standard of your TV / monitor, you can make the choice of your monitor holder now.
Find useful tips on what you have to pay attention for in the "Steps to your monitor mount".