Ergonomics, function and design can be found in almost all areas of life. These include monitor brackets that allow the TV to be mounted swivel on the wall or ergonomically orientable desktop desk mounts. When dealing with the subject, the word VESA standard maybe appears for the first time. Only if a monitor / screen / TV / TV device has a VESA recording, it can be easily attached to a mount. If the recording is missing or the VESA standard is too small, VESA adapters are the solution. MonLines has specialized in this field and has already designed and manufactured appealing and functional VESA adapterss for many high-quality television models. 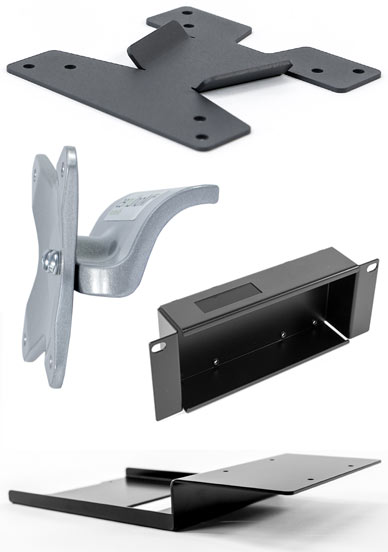 The product range in the VESA Adapter segment is the adapters themselves, but also adapter bolts or adapter plates. A list can be seen by clicking on the respective brand.

In addition to the model-specific VESA adapters, MonLines offers universally usable adapter plates that can extend or shrink the existing VESA standard of the monitors (for example, from 75x75 to 100x100).

You can buy VESA adapters in one of the listed online shops. For VESA adapters the online Shop www.monitorhalterung.de is particularly noteworthy, because it offers the widest variety of products. Is your TV model / device missing or are you looking for a special solution? MonLines manufactures custom VESA adapters and monitor mounts. Contact MonLines directly.